WEDNESDAY, Oct. 28 (HealthDay News) — Scientists have identified two genetic mutations that help account for the presence of recurring yeast infections in certain women.
Although the researchers focused their work on small and very specific populations with extreme conditions, the findings provide new insights into one of the most common and annoying maladies to afflict women.
“This discovery is important as a starting point for further work,” said Dr. Bart Jan Kullberg, co-author of one of two papers appearing in the Oct. 29 issue of the New England Journal of Medicine.
“It is the first proof in the area of fungal infections that subtle genetic differences exist that explain why some [apparently healthy] persons do get certain ailments, and even suffer from recurrent episodes, whereas others never acquire these infections,” said Kullberg, a professor of medicine at Radboud University in Nijmegan, the Netherlands.
Although the people studied here had extreme conditions, “you could potentially move to other mutations in the [same] gene or in this pathway to give more subtle phenotypes that we might see in everyday medicine,” said Dr. Anthony Gregg, director of maternal and fetal medicine and medical director of genetics at the University of South Carolina in Columbia.
Ultimately, researchers hope to use the findings to develop better treatments for these conditions, which become serious in some people.
“Once we understand the pathway, what we can potentially offer is therapies that take advantage of augmenting the normal pathways or utilizing redundant pathways that are working just fine but are not normally turned on to such a high degree,” Gregg said.
At this point, however, the reports really have no relevance to patients, cautioned Dr. Steven Goldstein, a professor of obstetrics and gynecology at New York University Langone Medical Center in New York City.

Yeast infections, which are typically caused by Candida albicans, arise from imbalances in the body’s internal flora, especially in the vaginal tract, although it can affect the nail beds, mouth and bloodstream.
“The vagina is a finely tuned ecosystem with almost a dozen bacteria and yeast forms, and as long as they’re in harmony, it’s comfortable,” Goldstein explained. “But if you take antibiotics, for instance, and eliminate some of the normal bacteria, then the yeast that live there all the time have a field day.”
A healthy body is able to detect the first signs of a yeast infection and dispatch immune cells to take care of the problem, but not when one of the mutations is present, explained Narendra Kumar, an assistant professor of pharmaceutical sciences at Texas A&M Health Science Center Irma Lerma Rangel College of Pharmacy in Kingsville.
“It’s like a burglary in your house,” Kumar said. “First, the alarm goes off, and here the mutation alarm does not go off properly so you don’t have the police force coming to your house. That’s how it gets colonized.”
Kullberg’s study looked at one woman and her three sisters who had recurring vaginal yeast infections.
“We discovered that her immune cells did not react normally on encounter with Candida,” Kullberg explained. “Neither she nor her sisters had any other recurrent or severe infections, which underscores that this mutation is very specific, and just affects the susceptibility to mucosal Candidainfections, not to Candida bloodstream infections or to other microorganisms. This is an otherwise perfectly healthy young lady.”
The mutation was found in the dectin-1 gene.
The second study looked at 36 members of an extended Iranian family, several of whom had a predisposition to yeast infections. Three died during adolescence, two after invasive fungal infections of the brain.
This time, the mutation was found in the CARD9 gene, also involved in the immune system.
“Both studies are talking about the same sort of immunological pathways that are triggered in Candida type of infections,” Gregg said.
These findings are noteworthy, said Jeffrey Sands, a professor of biological sciences at Lehigh University in Bethlehem, Pa. “We’ve been co-evolving with fungi for millions of years, and we have these mechanisms for detecting fungal infections, maybe not wiping them out but preventing them from becoming really serious in most cases,” Sands said. “The fact that we can now identify individual genes in which there’s a mutation, that’s certainly a major advance.” 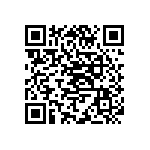 Inheritance Without Genes? Yeast Does It With Proteins - Philadelphia Inquirer (blog)
news.google.com
Inheritance Without Genes? Yeast Does It With ProteinsPhiladelphia Inquirer (blog)The prions in our brains make us vulnerable to mad cow disease and other brain wasting conditions that are caused by misfolded versions of these prions that clump up. I ...
Pharmacy Times - Move Over, Standard Drugs - Probiotics Are Coming
http://www.pharmacytimes.com/Jul 2011
The most common probiotics used today include lactobacilli, bifidobacteria, and yeast strains (Table). Intuitively, it seems that administering live bacteria or yeast could be dangerous, but all probiotics are subject to safety examinations.

I've never had a yeast infection, but I am beginning to believe I...
Posted by Author at 10:33 AM